Cop 27 (Climate Change) and Cop 15 (Biodiversity) began with high expectations but ended with relatively few outputs. While the topic of “carbon credits” (CC) as international trading units is prominently discussed as one efficient tool in achieving ‘carbon net zero’ in almost all presentations and seminars, the corresponding topic of “biodiversity credits” (BC), while emerged in the discussions, has rarely been examined, nor discussed. It should also be specified that in contrast to the terrestrial counterparts, the application of CC to oceanic ecosystems is still scarce, as there is no consensus on how to validate sequestered/stored carbon by marine ecosystems, primarily for those defined as marine animal forests (MAFs; coral-reefs, bivalve reefs, sponges, etc.). As biodiversity hotspots, MAFs are widely distributed from shallow to deep waters, from the poles to the tropics, host numerous invertebrates and fish taxa, all of which sustain coastal human populations. Yet, MAFs are rarely considered relevant in the CC panorama and even less is deliberated for BC. Assuming that an offsetting mechanism is only one, albeit significant among many tools, to fight climate change, the inclusion of BC and CC in the same policies debated at COP15, are crucial to facilitating long term rehabilitation of severely degraded marine ecosystems producing hybrid solutions to address the planetary crisis.

This three-year Post Doc contract, financed by BNP Paribas and executed through the marine regenerative enterprise Underwater Gardens International (UGI), linked to the Universitat de Barcelona (UB) and Israel Oceanography and Limnological Research (IOLR), aims to respond to this new challenge. The need for a common protocol in which carbon storage, biodiversity and associated to the MAF biomass are harmonized as a single verifiable and easy to monitor credit is now more crucial than ever. With the help of two ongoing projects, OCEAN CITIZEN (Horizon Europe) and MAF WORLD (COST networking action), the post-doc candidate will have the opportunity to make a broad study comparing different ecozones, making an experimental approach to test the different possibilities.

The different subjects to be developed during the contract will be:

The postdoctoral fellow will have the opportunity to engage in innovative research on MAF, experiencing various MAF types and is expected to be involved with the European MAF community. The candidate will be actively collaborating with the

supervisors, and cultivate its academic skills in a vibrant and challenging scientific, engineering and entrepreneur environment.

The successful candidate will be contracted at UGI (Barcelona), and will be entitled for associate post-doctoral fellow at IOLR. The actual work will be performed in three locations: Barcelona, Tenerife and Eilat, as needed. In addition, the post doc fellow is expected to participate in the activities of two ongoing projects, OCEAN CITIZEN (Horizon Europe) and MAF WORLD (COST networking action), including seminars, workshops and social events.

The program will commence around April-May of 2023. Applications are welcomed until the position is considered fulfilled with the appropriate professional profile.

The stipend will be 38,000 €/year for three years (renewable yearly based on academic and research achievement evaluations) gross salary, plus covered expenses for research related traveling. Diving and operative cost will be covered by the ongoing projects.

Candidates should apply directly to sergio@underwatergardens.com, (CC to buki@ocean.org.il and gori@gori@ub.edu). The following materials should be submitted in English in one PDF file per candidate, in the following order:

In addition, two letters of recommendation (excluding any of this project’s mentoring scientists), up to 2 pages each, should be sent by their authors, printed on official stationery, directly to sergio@underwatergardens.com (CC to buki@ocean.org.il and gori@gori@ub.edu). 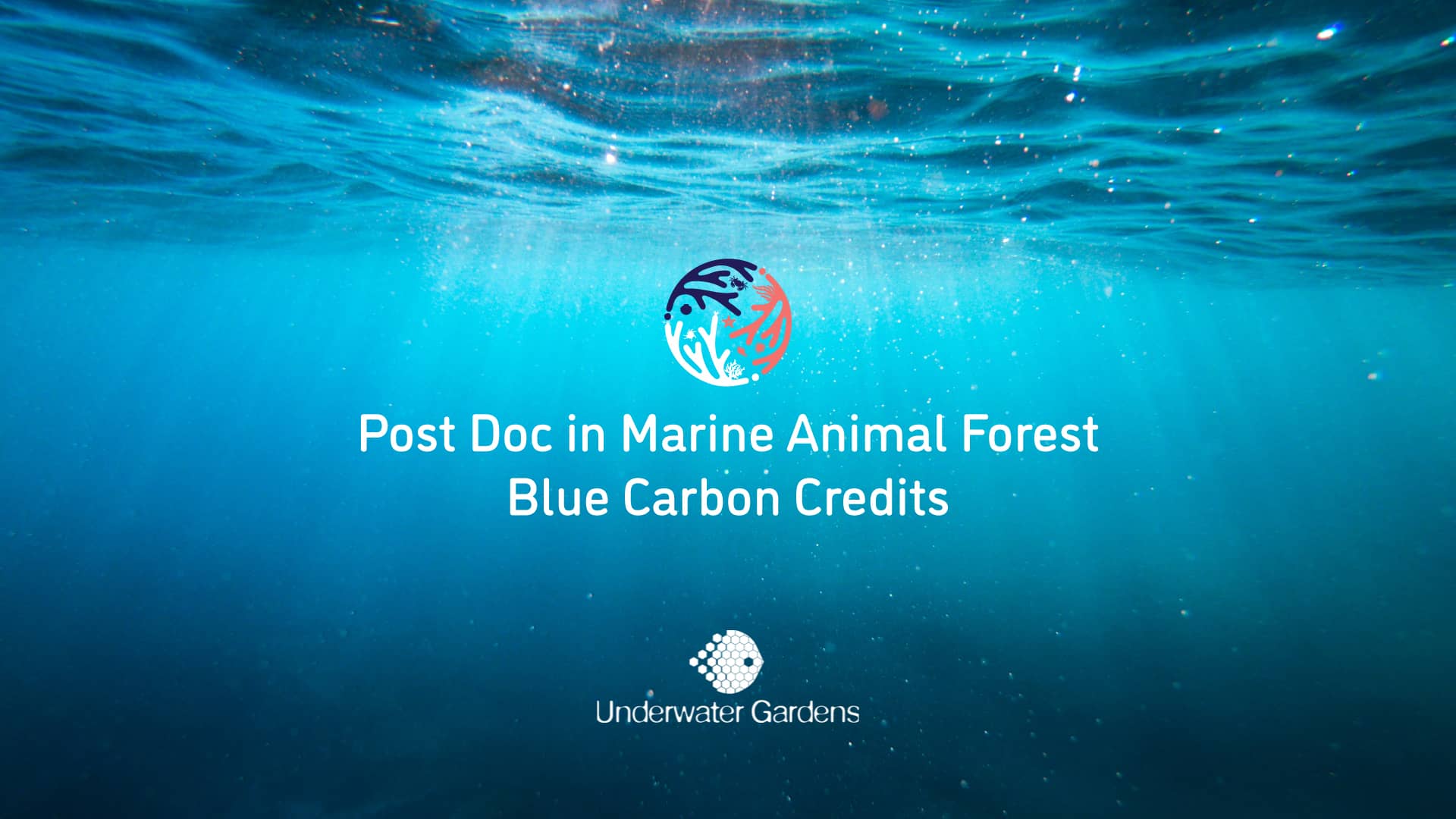 No data was found
View All